Faith 47’s A Study of Warwick Triangle at Rush Hour is a collection of massive portrait murals, made in 2014, located at the Early Morning Market in Durban, South Africa. Situated in the heart of the city, this ambitious project was undertaken to create a visual display that matched the energy of the marketplace. 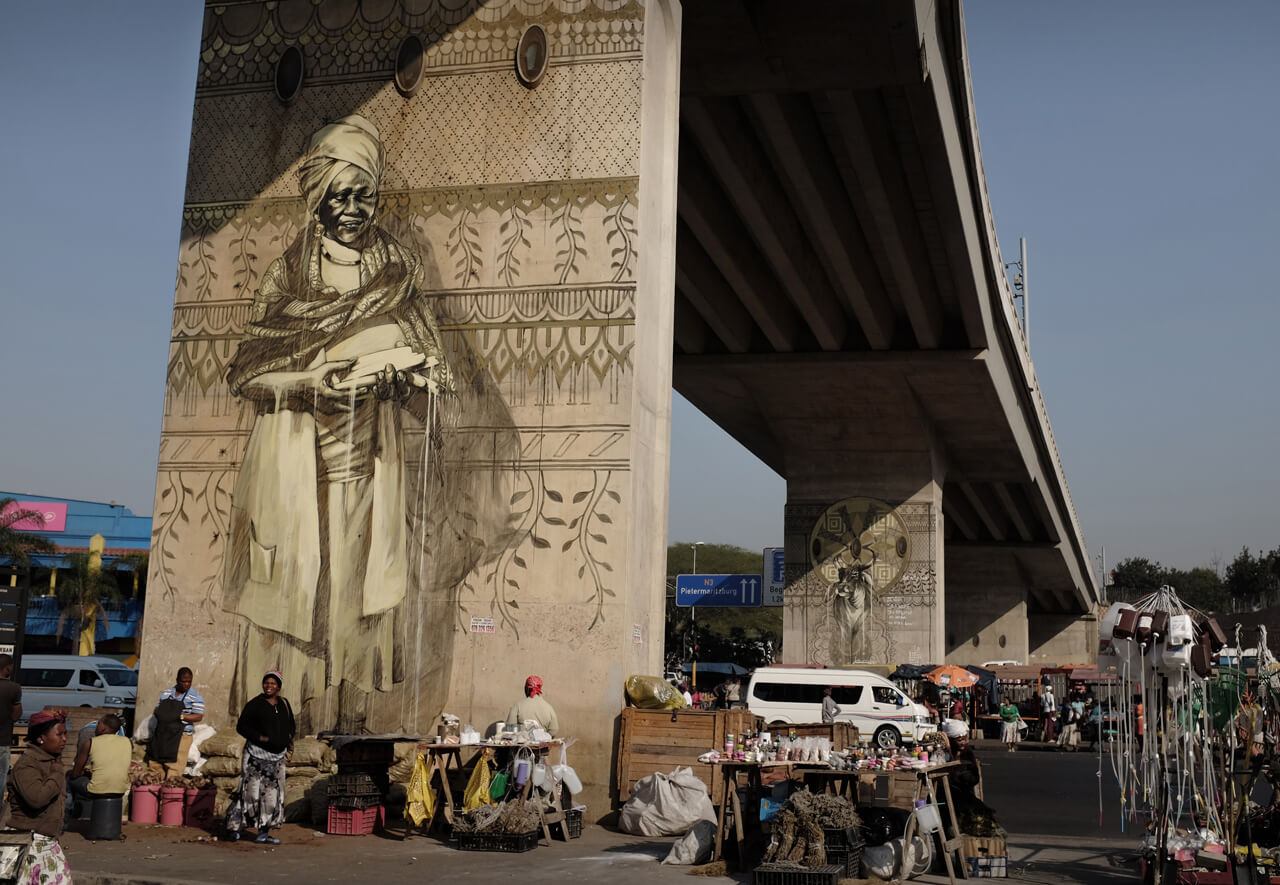 A portrait of a market woman integrates perfectly into its environment

Public spaces and architecture can be intimidating or alienating, and these murals emphasize the warmth and humanity of the local population. The murals are in fact six huge portraits of traders who work at the market and are meant to be a tribute to the everyday people that make up the community. As Warwick Triangle is an informal market that can become chaotic and uncontrollable, the murals of the traders aim to solidify the sense of ownership as well incite pride for the site. 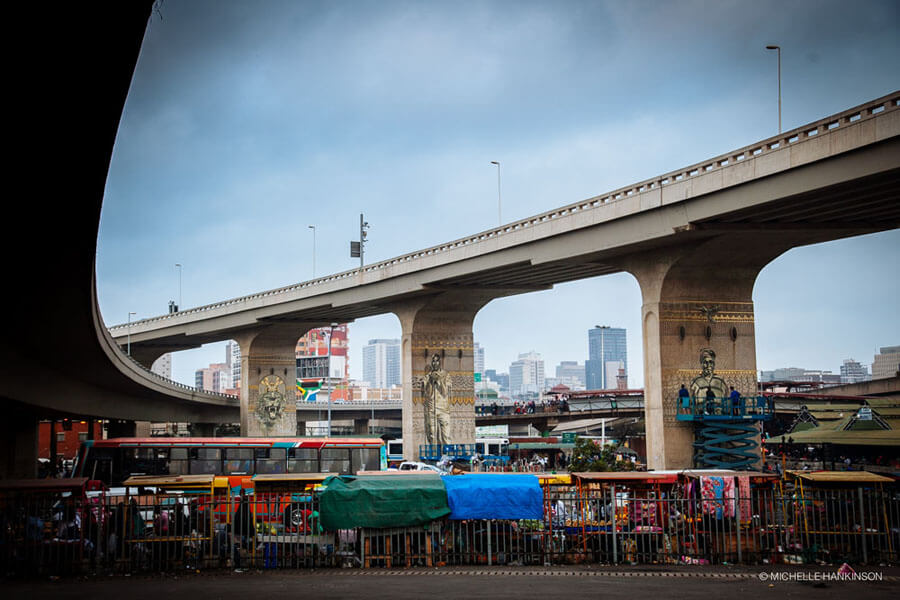 The murals are painted directly on the supporting columns of the above highway. Although the plain concrete surfaces and mundane surrounding activities can be dismissed as unimpressive, Faith 47 saw an inherent beauty in the cityscape and urban jungle around her. She has said, “the work I do interacts with architecture in a very specific manner, I am always studying walls, looking for buildings with character or power. I am sensitive to the style, textures and feeling of the buildings around me.” She looked beyond the market’s reputation as a danger zone, and instead concentrated on the wealth of culture and vibrancy present within these spaces. 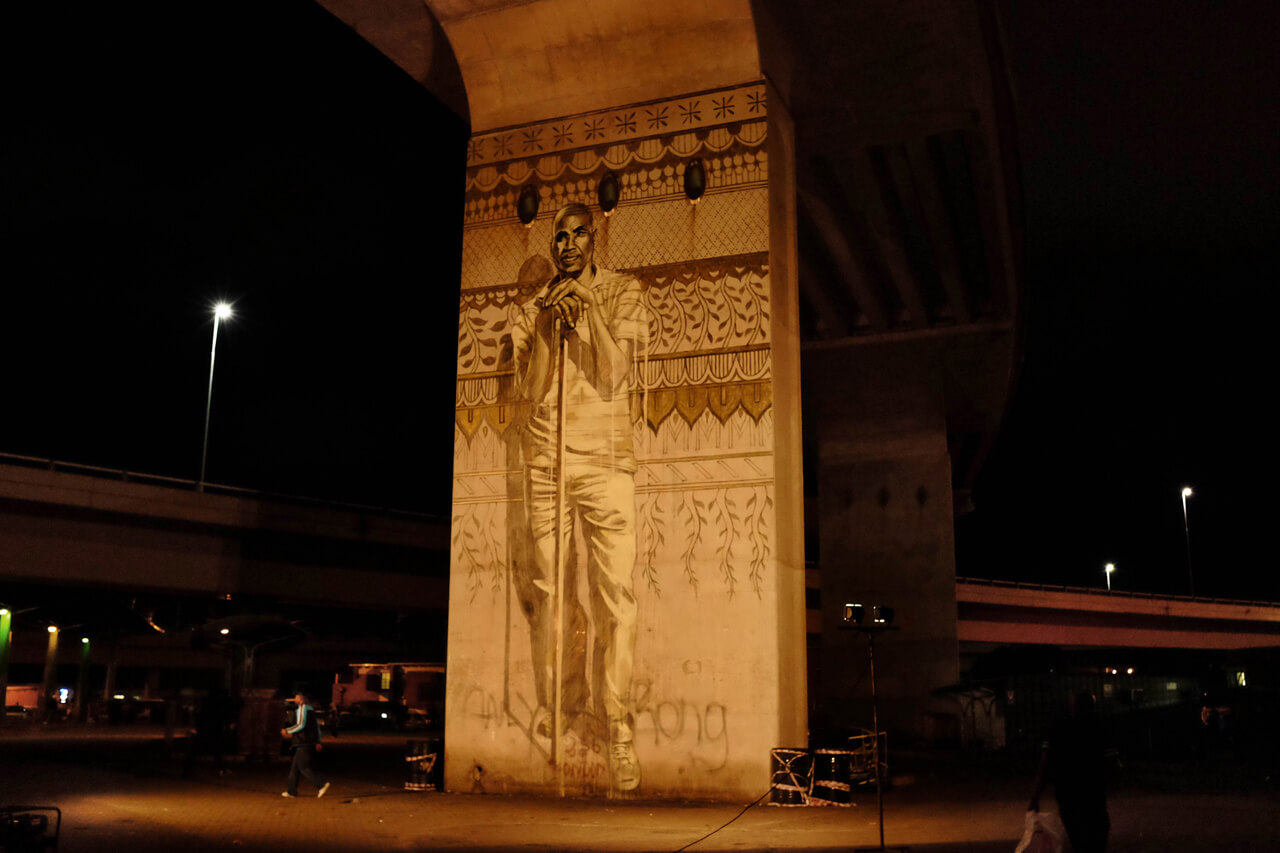 A nighttime view of an illuminated portrait mural

The mural’s subjects reflect the diversity of the marketplace. Faith 47 was particularly moved by the number of enterprising women she witnessed, as well as the multiformity of services and products offered within the market. The artist wanted to remain authentic to the things that made the milieu unique, so she worked in collaboration with the locals to create work that truly spoke to the people that would be seeing it every day. She consulted market committees as well as individual workers to get advice and approval for her monumental paintings. She explained, “the murals are true to life, represent the everyday person. We pass people on the street and their background; their many life stories and experiences are hidden within them.” 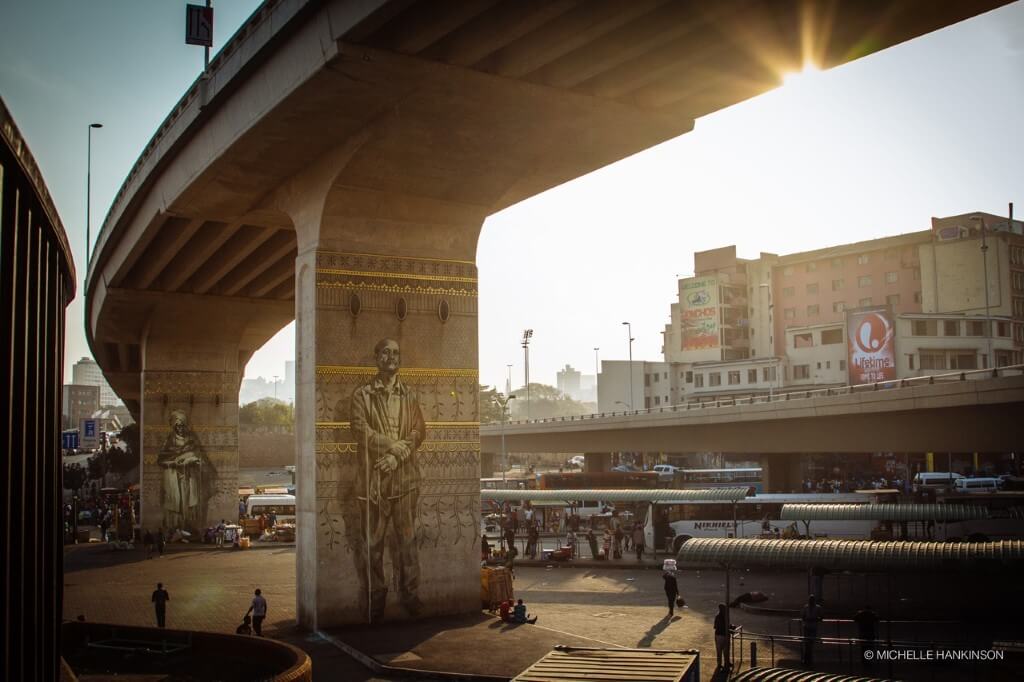 View of the dignifying murals meant to honor the local community

In essence, Faith 47 wants viewers of her murals to understand that it is the people who create the identity of a space, and that she is there simply to create something that belongs to them, something which represents and acknowledges their presence.