A gas tank standing 65 feet high along Interstate 75 was the site of this commemoration to the Detroit Pistons’ (men’s basketball) and Detroit Shock’s (woman’s basketball) championship victories. Entrusted with painting a memorable gas tank mural for the city was Eric Henn, a seasoned muralist who has made a career out of larger-than-life artwork.

It’s no secret that sports are not only a popular pastime for millions of Americans, but that they also bring a city together. The moments leading up to an NBA or WNBA championship series are tense and talked about everywhere from workplaces to households. Upon winning a championship, a whole city celebrates, although the fun can be fleeting. An iconic art piece is the answer River Rouge, Michigan in South Detroit chose to bring back these emotional and entertaining moments. 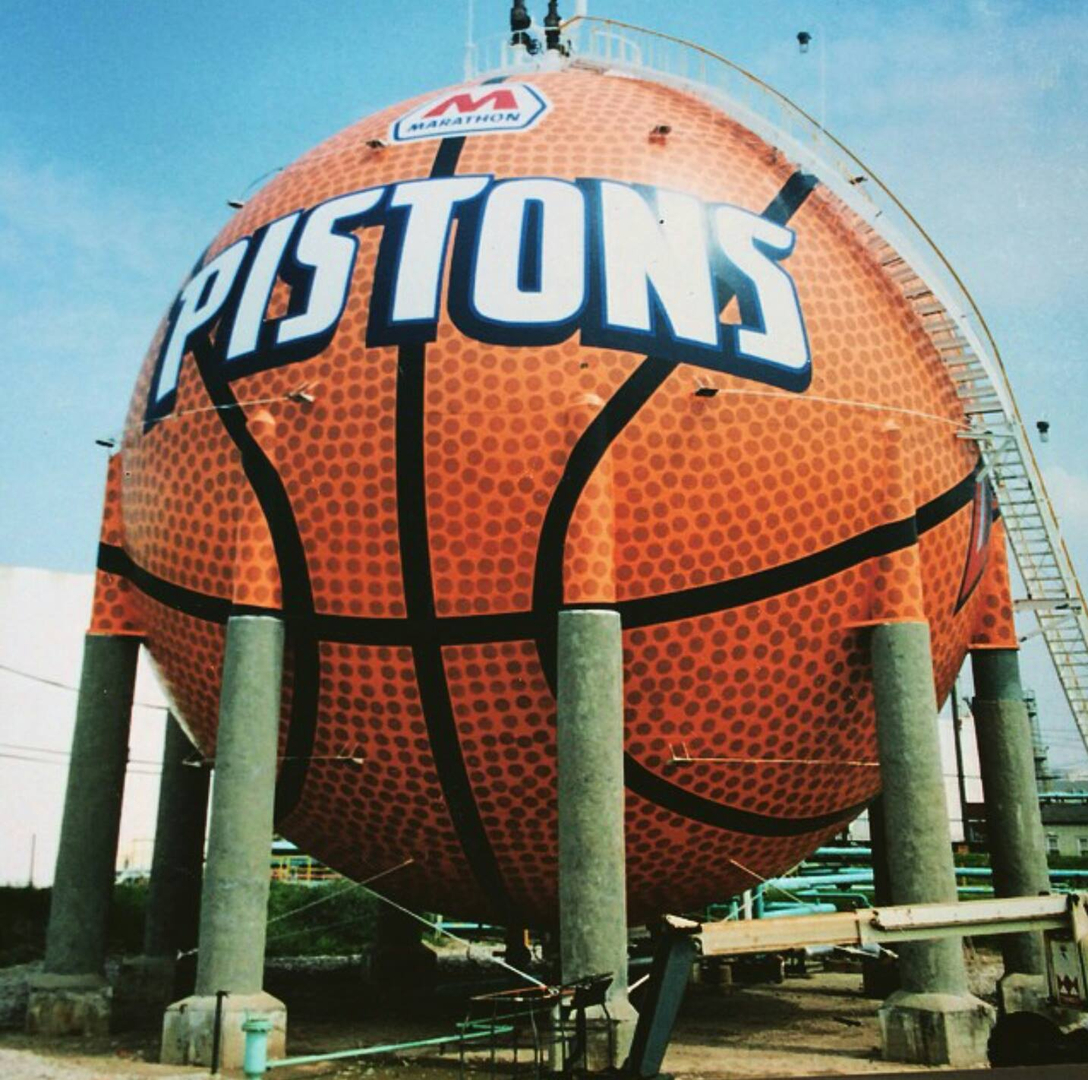 You can almost feel the texture of the ball’s surface on this gas tank mural dedicated to Detroit basketball.

In 2003 the Detroit Shock won the WNBA championship. Just one year later in 2004, the Detroit Pistons won the NBA championship. Both campaigns were hard fought and watched by the entire city, so a never-before-seen kind of homage was definitely in order. Before Eric Henn got his hands on the tank it depicted a baseball, which was dedicated to the ’72 Detroit Tigers. Although the high-quality paints used nowadays last for quite some time, the baseball painted so long ago was ready for a revamp.

Visually extraordinary, the basketball is not simply a giant sphere painted orange. The black ribs that divide a basketball in sections are painted with geometric precision. They even wrap around the upper portion of the posts that support the structure, incorporating them into the mural instead of allowing them to stand out. Even more impressive is the rendering of the friction enhancing dots that characterize a basketball’s surface. Seen from afar, the ball appears much more realistic because of this detail. The Pistons ball proves that art in somewhat dreary public places can transform the whole feeling of the area and add so much beauty. 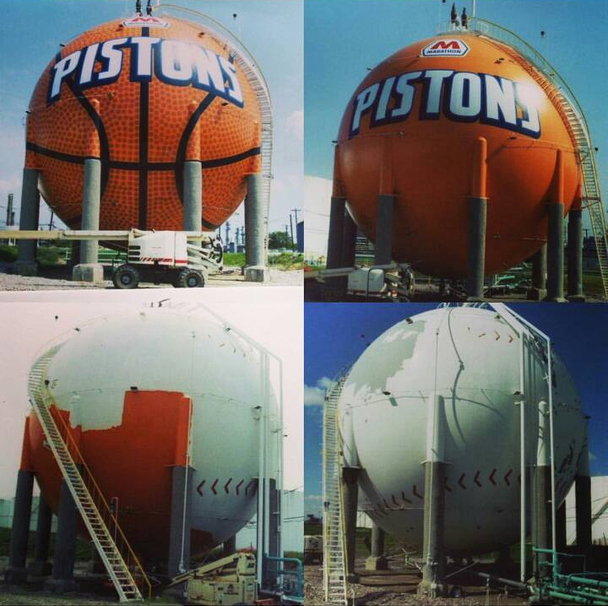 Eric Henn shows us the process in steps, transforming the white baseball below into a basketball with excellent details.

Gas tank murals can really help build a good relationship between utilities companies and a city’s population. The Pistons tank is located at a Marathon Oil refinery, the largest refining company in America. Its location right next to the highway lets Detroiters on their way in and out of town know that the company is invested in the local culture. The inclusion of a female sports team delighted many citizens, who see this choice as important and bold.

To make such impactful art in public places requires a lot of work. The amount of time and physical effort that goes into covering a mammoth gas tank with not just one, but many layers of paint, cannot be underestimated. The result though is completely worth it. With the Pistons tank, the magic of two sports victories is immortalized in such an iconic way, while an industrial area of the city is made much more pleasant.