The Peachoid Juicy Details on the Most Iconic Water Tower Sculpture

Memorable public art pieces do more than just brighten up the landscape or cityscape. They have the ability to give a town or city a singular identity, to attract tourism, to bring joy into people’s lives. Located right off I-85 in Gaffney, SC and frequently viewed by drivers, the iconic “Peachoid” has done all this and more. The original structure was built in 1981 and already resembled a peach, but with Eric Henn’s redesign, its previous beauty is surpassed.

Imagine what an eyesore this gas storage tank must have been before Eric Henn designed this industrial mural painting.

“A lot of people know where Gaffney is by this tank.”

It not only functions as a beacon, but a fitting symbol for the biggest peach growing region in the United States as well. The immense sculptural elements of the epic landmark are what set it apart from other water tower redesigns. The stem splays out, the ordinary circular form becomes more ovular, an indent is molded, and a green leaf adorns the top. Undeniably eye-catching, a bit controversial, and talked about by all, Eric Henn’s painting of “The Peachoid” displays a virtuoso touch. His self-taught innate talents are reinforced by 20 years of experience painting numerous water towers, preparing him for the greatest challenges the large-scale art form could present. 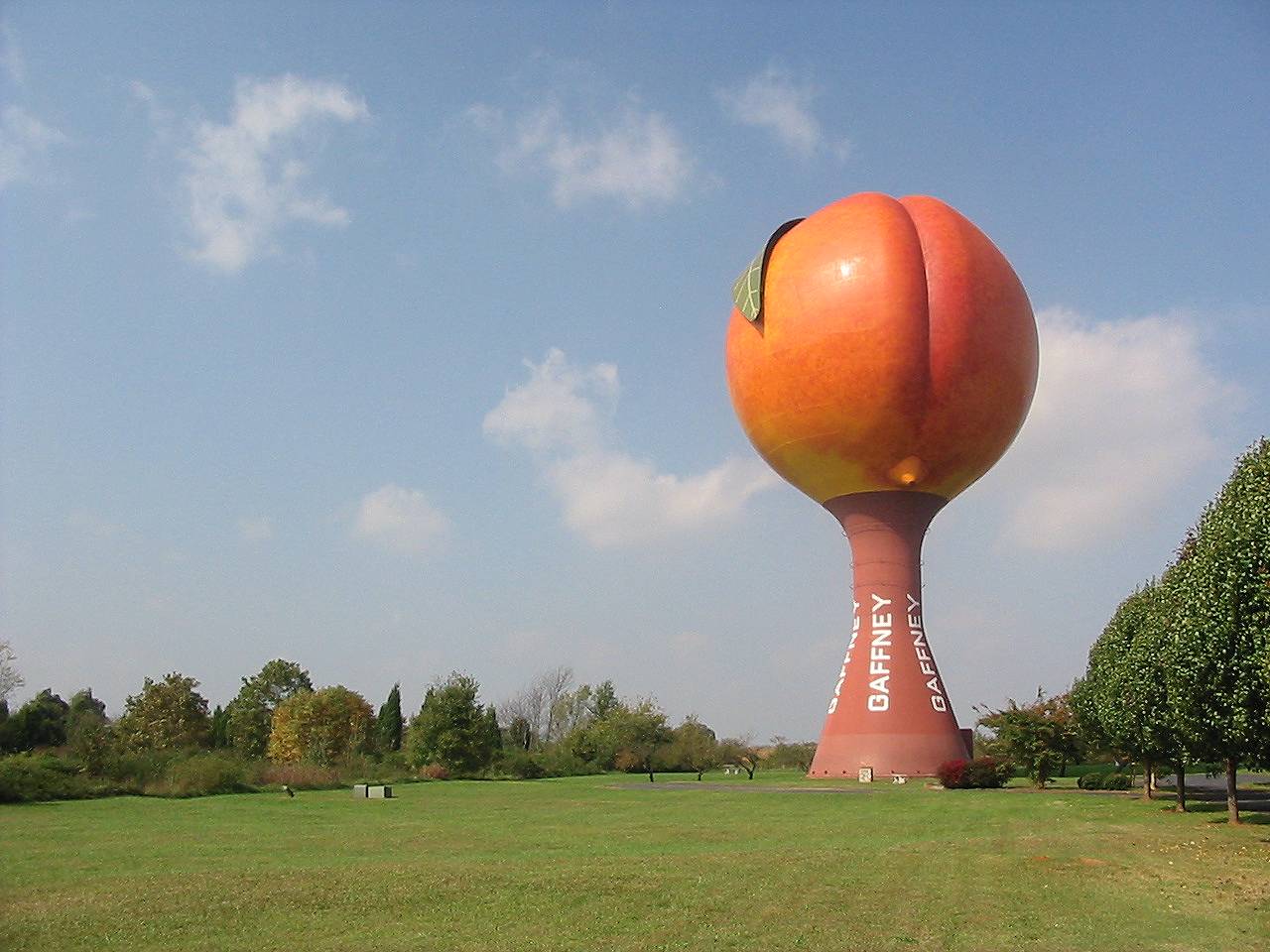 Eric Henn sits on top of the world, a great example of the epic proportions of tank storage mural painting.

Many became familiar with the gigantic and enchanting “Peachoid” through the series House of Cards, whose director was so captivated by the unique landmark that he included it in his show. For Eric Henn,
his obsession goes back much further, in fact, this project was a long time in the making:

Anticipation and excitement could have inspired the artist to go even beyond his usual research and dedication to public art projects, making magic happen. Because he has worked all across America, he is sensitive to the site-specific needs of each artwork. In this case, there was a huge pressure from the local population due to the fact that “The Peachoid” was already a beloved symbol of the town of Gaffney. 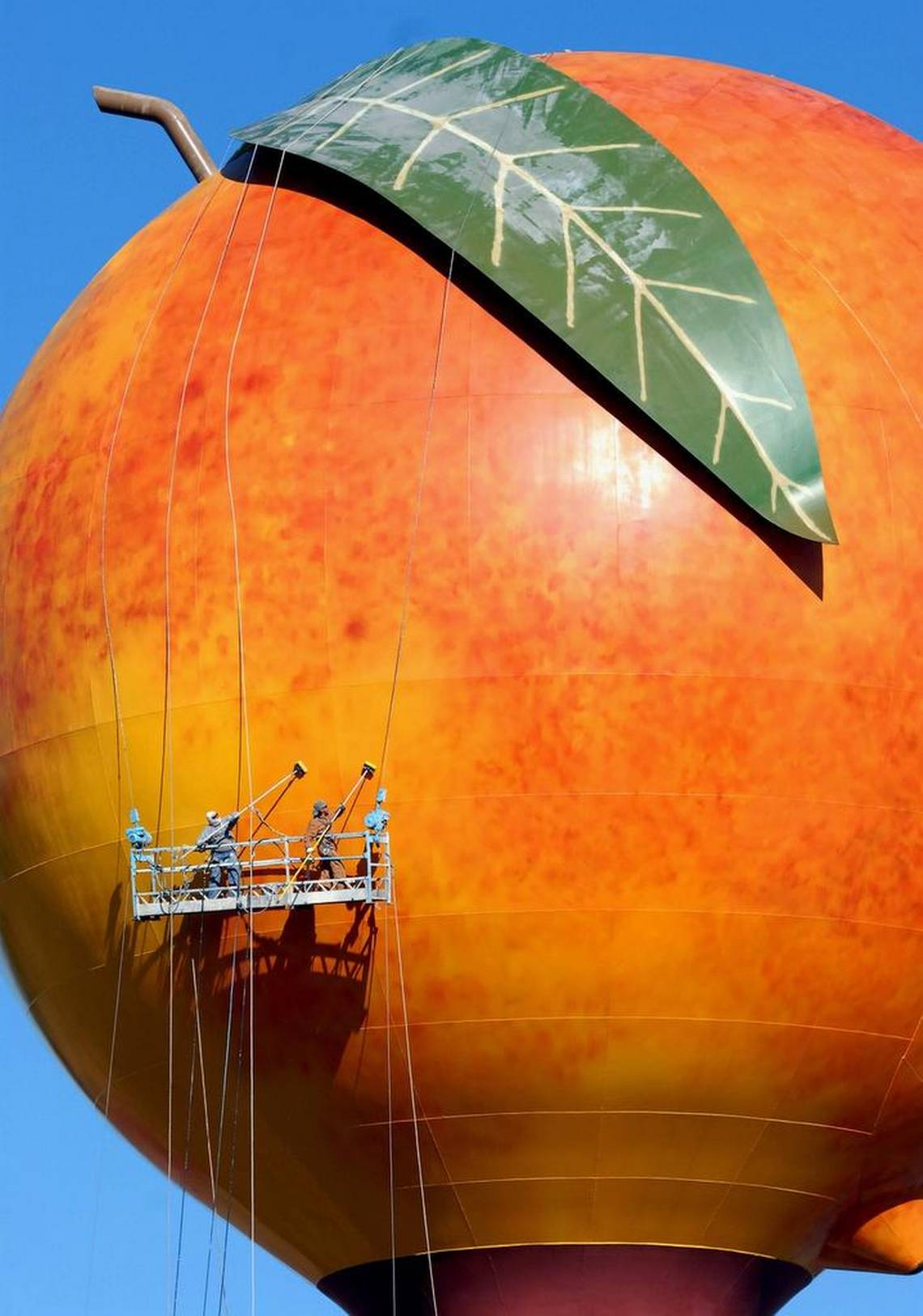 To put the scale of the project in perspective, look at the size of the people cleaning the water tower sculpture compared to the giant peach.

The larger-than-life scale of the public installation cannot be underestimated. Although repainting a surface sounds easy, take into account the fact Henn used 10 different shades of orange applied with a single paint roller, only able to spray on layers when the wind died down. Also, consider the additional curves to manage compared to the normally purely spherical surface of most water towers. Eric Henn’s work proves that an water tower sculpture, or mural, can instantly transform a town into a destination.
Cultivating pride within the locals, “The Peachoid” is a testament to the power art in public places can exert, in small town America, or anywhere.