Il Carpetto is an artwork created for the SAB Street-Art-Ball Project that was born to convey a message of sociality, sharing, and sportsmanship in streetball, and to enhance the desire for discovery. The artwork is a memorial for the young artist and photographer Emiliano Perani, Emi to his friends, who passed away during the first wave of the COVID pandemic. Ale Senso used symbolism that is representative of Emi and yet still has a broader scope that makes it meaningful to all streetball fans.

“Memories are symbolic entities, like delicate insects walking on the surface of water.”

The court is a turquoise pond where multicolored carp swim placidly around. In the center is a small island where buildings are grouped around a small field, forming the words “Emi.” On the backboards are portraits, one of Emi taking a picture and one of the Bluman, the protagonist of one of his important projects. 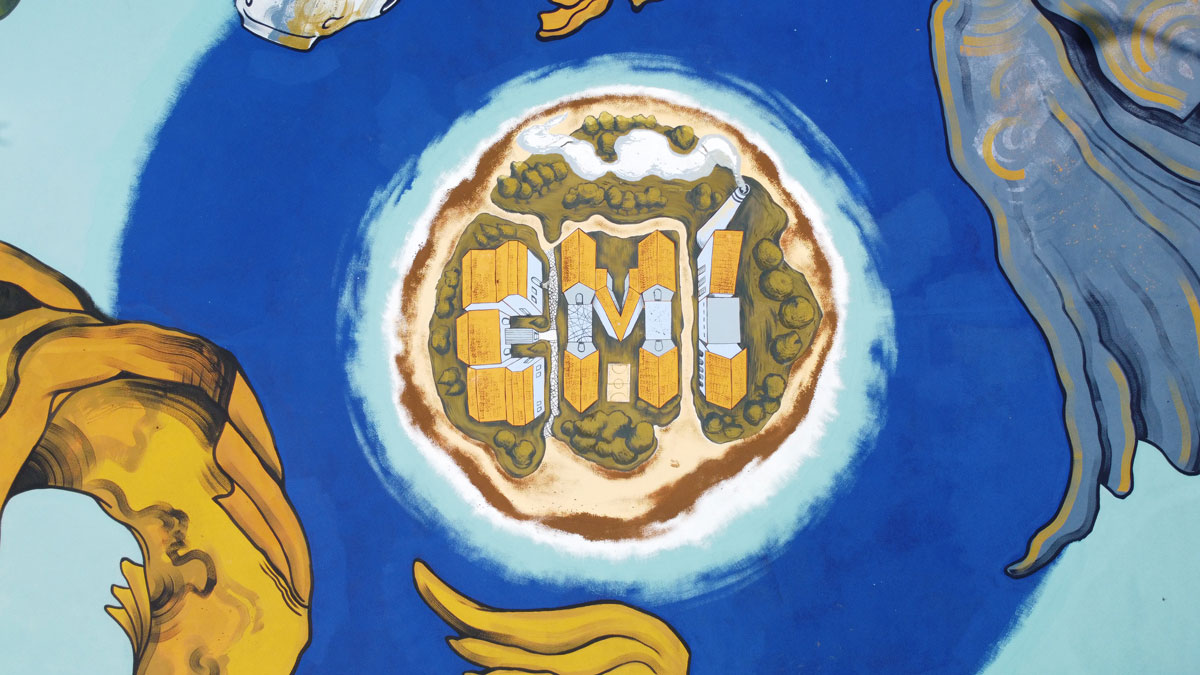 The result: A blue pond where six colorful koi, a symbol of luck and determination, rotate concentrically around a small island where a series of buildings form the word EMI. Hence the renaming of the small field to Carpetto or, more affectionately, Emi’s Field. Ale Senso used hard elastic paint on a rubber sports flooring, as this type of paint has been shown to be superior in terms of fabrication and stability over time.

In addition to painting the court flooring, Ale also stencil-painted the two backboards, on which are respectively depicted Emiliano with his camera and, opposite, Bluman, the protagonist of one of his important and very special feature films.

The carp were chosen as the main symbol because of their significance in Eastern cultures: perseverance and courage. These two traits are embodied both by Emi and the world of sports in general.

“Being together for someone and also for oneself. It is our turn to stay, after all. To come to terms with the memory of those who are gone.” 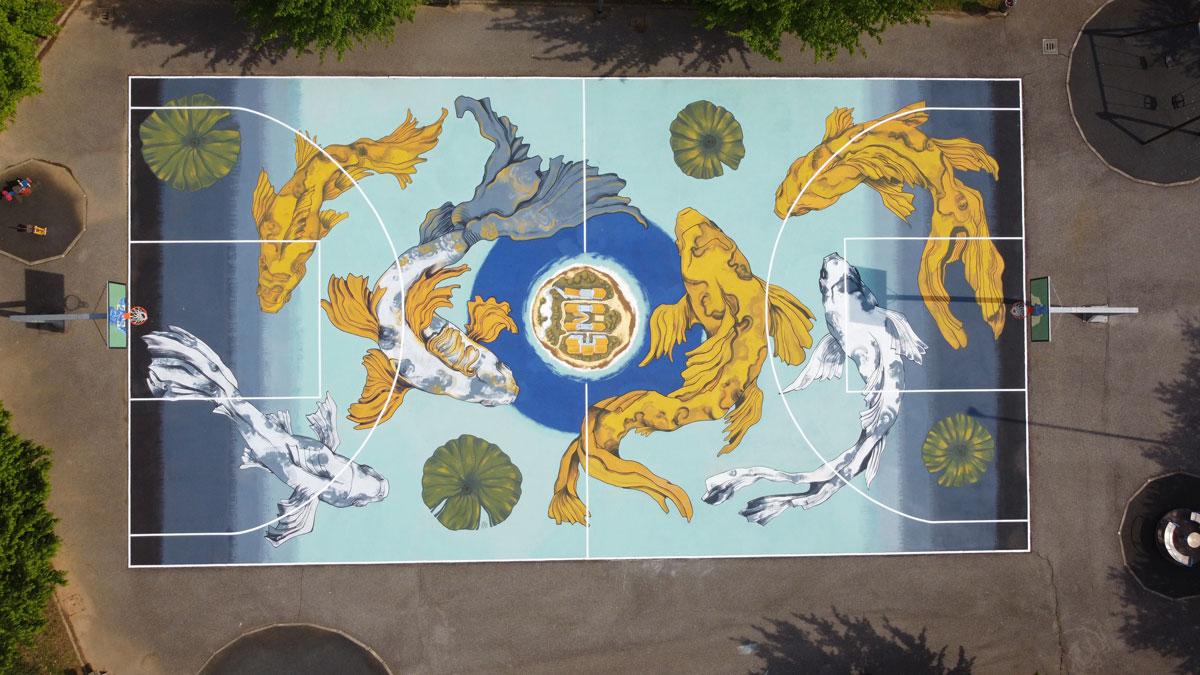