With inclusion being the driving force in today’s society, it is no wonder that urban artists are using their talent to become part of a movement that seeks unity above all else.

When Ale Senso designed Quiete, aka “La Porta del Mare,” her goal was to reflect the importance of unity despite diversity and likewise, the importance of distinction despite union. She suggests an awareness of being part of a deeper whole that goes far beyond tangible perception; something that cannot be rationally understood because it is so much greater than us. It is that which makes us greater as we empathically connect with others and the world to which we belong.

To make her message artistic, Ale Senso used visual metaphor, painting two figures: one sand-colored and one sky-blue. They are united to a point that they have become one. By using the two common elements of water and earth, she celebrates the simplest and most natural essence of the human being. 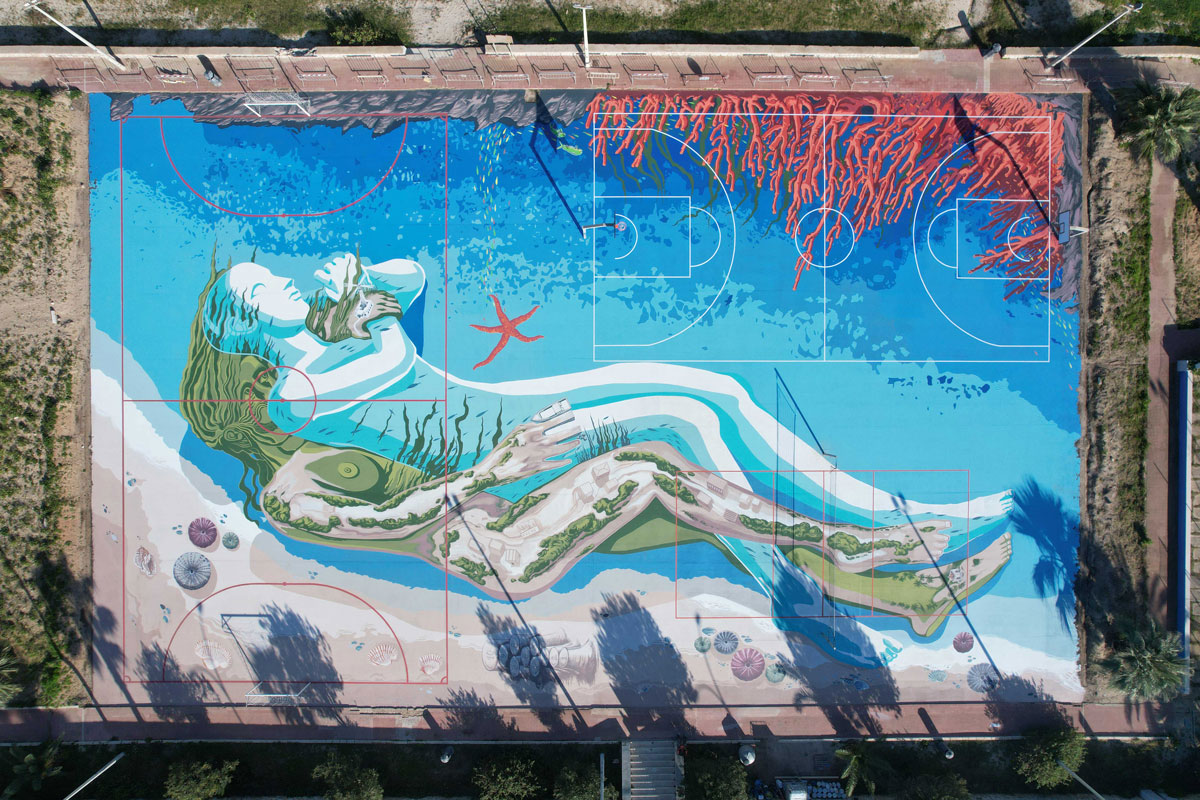 Designed as part of the SUA – San Vito lo Capo Urban Art Festival, and under the artistic direction of the architect Arianna Maggio, Quiete is an artwork that demonstrates how important community engagement is for the artist Ale Senso. It was created with the help of some local residents, as well as students from the Erice Technical Hotel Institute and Trapani’s Michelangelo Buonarroti High School of Art.

The goal was to design a visually impactful artwork that would create a sense of identity for the community and for the San Vito lo Capo Urban Art Festival’s visitors.

The work covers a multi-sport surface of 2287 sqm and it was made with two-component water-based resin on an asphalt base. The chemical and physical characteristics of the material used (produced by the Chimiver Panseri spa, the event’s technical sponsor) make it ideal as a sports surface due to its high durability, strength, and grip.
The two enormous metamorphic figures are the hinge of the representation. They embrace each other lying on the shoreline, one representing the land and the other the sea. Both have their gaze turned toward the infinite distance, mindful of a journey that is kept within each of them, originating from the very nature of that which they are composed of and perfected by that which they nourish with their connection. 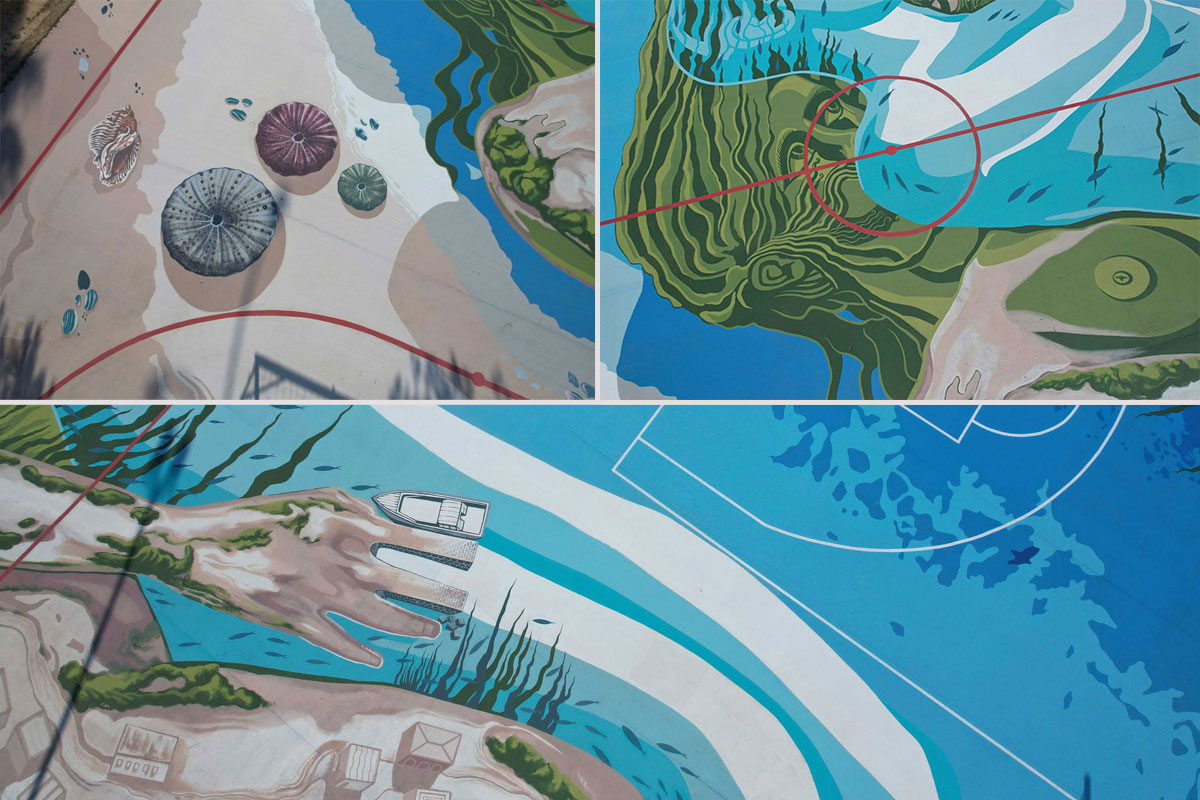